Egypt is not only a country of antiquity, but also of magnificent landscapes offering cities and oases, deserts and beaches, ancient obelisks and modern hotels. Bordered by the Mediterranean, the Red Sea and the fabled Nile River, you can experience eras as far back as the dawn of civilization.But Egypt is much more than Pyramids and monuments.  It links two continents, stretching across the northeastern corner of Africa and the southwestern edge of Asia It is also Red Sea scuba diving, hot night spots, luxury hotels and five star restaurants. It is romantic cruises down the Nile on festive river boats and it is a cultural experience.

BOOK YOUR EXPERIENCE IN EGYPT NOW! 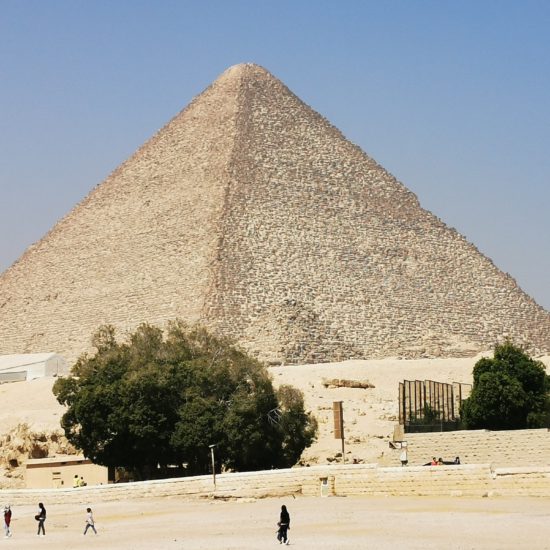 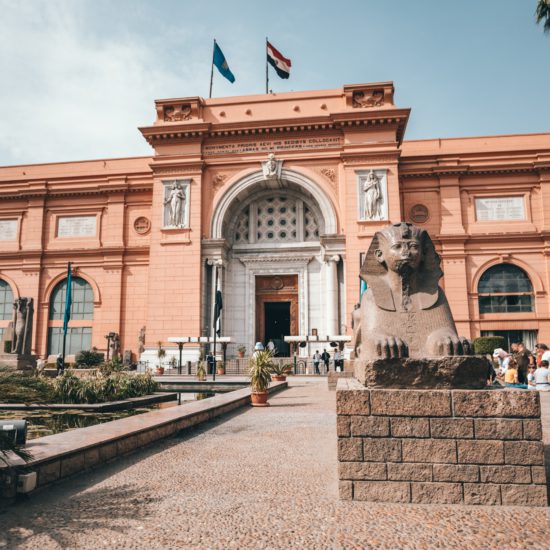 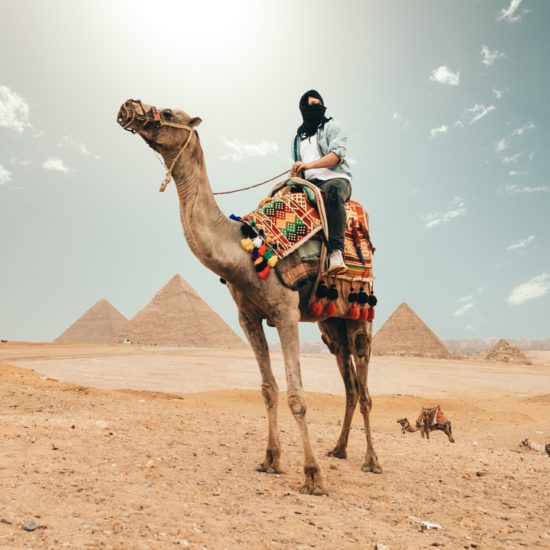 Arrive at Cairo international airport. Our local rep will meet you on arrival and transfer you to the hotel. Check in time: 2pm and after. Early check in is not included.
2

After breakfast, take a half day tour to visit the Pyramids & Sphinx - a Camel Ride is included. You will be picked up from your hotel by our Tour Guide. The first stop is a visit to the Great Pyramids of Cheops, Chephren and Mykerinus. Enjoy a camel ride among the pyramids and take in the sheer beauty of these man-made wonders of the ancient world. Get up close to the Great Sphinx, the head of a pharaoh with a lion's body and let your imagination run wild, dating back to the time of Chephren. Enjoy Lunch at a local restaurant. Return to the hotel after the tour.
3

After breakfast, transfer to Cairo airport for your flight to Aswan. (This flight is included in your package) On arrival in Aswan, board your Nile Goddess Nile Cruise. Enjoy Lunch on board followed by a visit to the Aswan High Dam, The Unfinished Obelisk and the Philae Temple. The High Dam, Just north of the border between Egypt and Sudan lies the Aswan High Dam, a huge rock fill dam which captures the world's longest river, the Nile, in the world's largest artificial reservoir, Lake Nasser. The dam, known as “Sadd El-Aali” in Arabic, was completed in 1970 after 10 years of work. Philae Temple, A short trip on a motorboat will bring the visitor to a magnificent vista of the island, before landing at what would have been the ancient quay on the south side. The temple was dedicated to the goddess Isis and has many legends connected to it. The most well known legend tells the story of how Isis found the heart of Osiris here after his murder by his brother Seth. Enjoy Afternoon Tea, Dinner & Entertainment on board.
4

Enjoy breakfast on board. Sail To Kom Ombo and visit the Kom Ombo Temple. Visit the Ptolemaic temple dedicated to the crocodile god Sobek and the falcon-headed Horus, god of the morning sun. Enjoy Lunch on board. Sail to Edfu. Enjoy Afternoon Tea, Dinner & Entertainment on board.
5

Enjoy breakfast on board. Visit the Edfu Temple Visit the wonderfully preserved Temple of Horus at Edfu. Experience a horse drawn carriage - ride back and forth to the temple. Sail to Esna and then visit the East Bank to see the Luxor and Karnak Temples. Luxor Temple: In an unforgettable excursion, visitors drive to the Luxor Temple. Many festivals were celebrated in Thebes. The Temple of Luxor was the center of the most important one, the festival of Opet. Built largely by Amenhotep III and Ramses II, the temple served as a setting for the rituals of the festival, which was held to reconcile the human aspect of the ruler with his divine office. The procession of images of the current royal family began at Karnak and ended at the Luxor temple. Karnak Temple: Karnak was erected in 1928 BC as a small shrine dedicated to Amun, god of Thebes then. The Temple of Karnak comprises three main temples, smaller enclosed temples, and several outer temples - all constructed over 1300 years. The three main temples of Mut, Monthu and Amun, are enclosed in enormous brick walls, with the temple of Amun at the center. Enjoy Afternoon Tea, Dinner & Entertainment on board.
6

Day 6: Pharaohs - The Valley of the Kings

After breakfast, disembark from the cruise. Depart for the West Bank for visits to the burial places of the Pharaohs - the Valley of the Kings - where Howard Carter discovered the tomb of Tutankhamen in 1922. Continue to the adjacent Valley of the Queens, the mortuary temple of Hatshepsut and the Colossi of Memnon. Then, transfer to the Luxor airport for your flight to Cairo. (This flight is included in your package) Upon arrival in Cairo, you will be transferred to your hotel. The remainder of the day is at leisure.
7

This morning after breakfast, take a tour of Old Cairo visiting its Churches and Synagogue and then visit the Khan El Khalili Bazar. Visit the Citadel of Salah al-Din and El Moez Street to admire the architectural beauty of Islamic tradition. Next, drive toward Old Cairo's main attractions, including the Hanging Church, also referred to as Al-Muallaqa Church. Check out the Saints Sergius and Bacchus Church and visit Ben Ezra Synagogue. Visit the Khan El Khalili, known as the Turkish bazaar during the Ottoman period, it was built in 1382 by Emir Djaharks El Khalili, in the heart of what was then Fatimid City. Until this day, the bazaar is a center of trade and communion in the city, and offers a wide array of antiques, handcrafts of gold, silver and copper as well as numerous old coffee shops and local restaurants which attract both Egyptians and tourists alike. Return to your hotel after the tour.
8

After breakfast at hotel, check out and transfer to Cairo airport for your flight. Checkout time: 11am. Late checkout is not included. 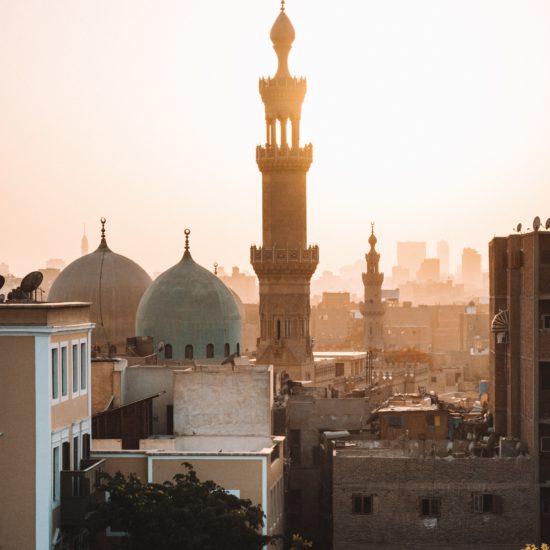 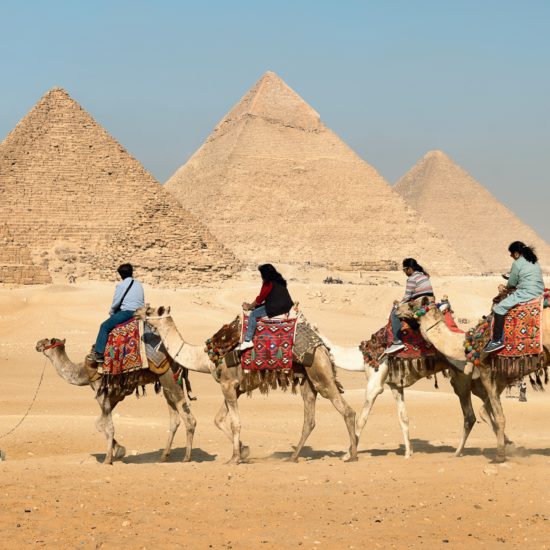 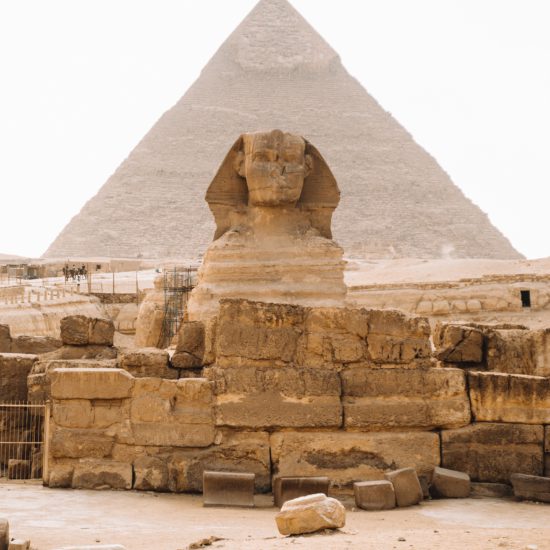