Here’s some trivia for you: What was the first country to enter a friendship treaty with the United States? Any guesses? Okay, time’s up! Answer: Morocco. Over 230 years later, the secret is out; Morocco has so much more to offer than friendship. There’s the colors you never knew existed in its Islamic architecture, the spices that will wake up taste buds you didn’t know you had, the French emphasis on art, the Spanish influence on enjoying yourself, and the combination of exotic landscapes you never thought to be compatible. Ride some sand dunes, barter your face off, rock the kasbahs, and allow the vast grandeur of this Saharan paradise to remind you that we’re all just a single chickpea in this great big hummus that we call life. 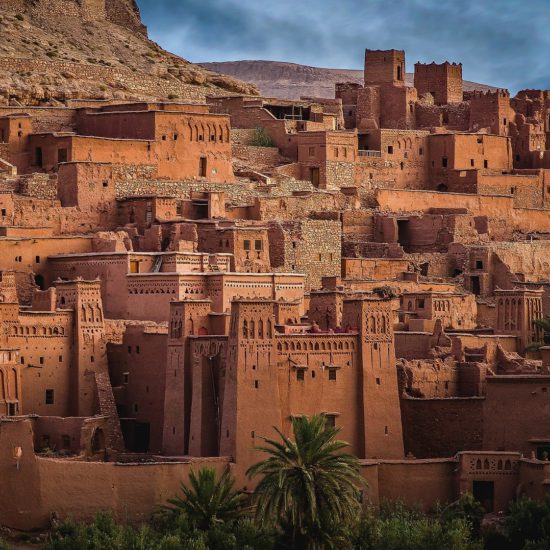 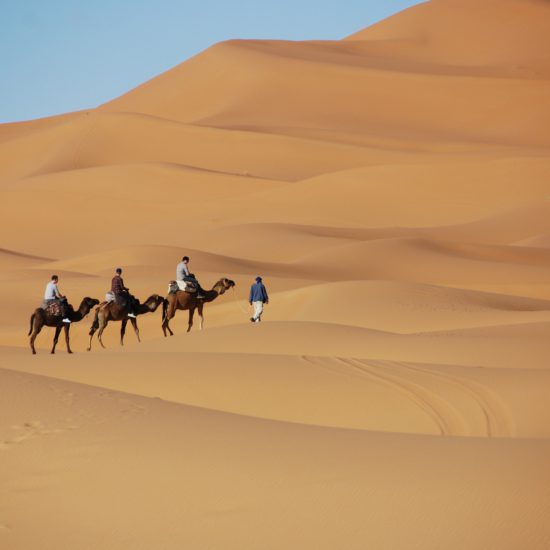 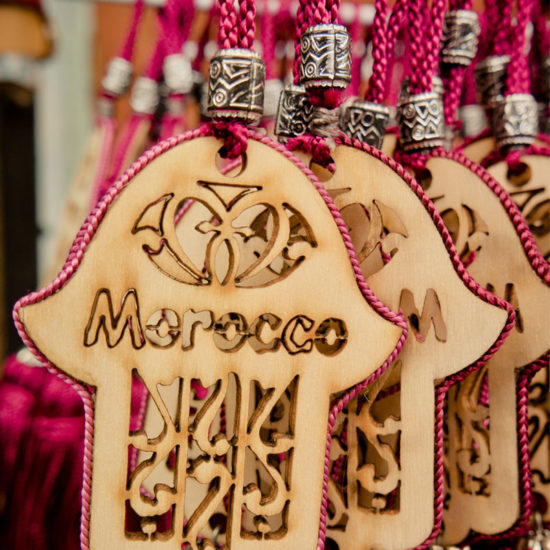 Welcome to Casablanca! Casablanca, or ‘Casa’ as the locals call it is the largest and most populated city in Morocco; it is also the busiest port and its economic and industrial capital accounts for more than half of the country’s industrial output. The atmosphere is more cosmopolitan than in other parts of the country, with Western dress and fashions predominating. On arrival in Casablanca, our local representative will meet you on arrival and transfer you to the hotel. Check in: 2pm and after. Early check in is subject to availability and at the discretion of the hotel. This evening, the group will enjoy a relaxing Welcome Dinner at the iconic Rick’s Café made famous in the movie Casablanca.
2

After breakfast, proceed on a short orientation tour of Casablanca the business capital of the kingdom. You'll see the Medina, Mohammed V square, United Nations place, the Habbous quarter, the Royal Palace, and the magnificent Hassan II Mosque. You will take an inside tour of the impressive Hassan II Mosque. If you only visit one place in Casablanca, make it the Hassan II Mosque, sitting in a picturesque location on the sea. Inaugurated in 1993, it’s minaret is the tallest structure in Morocco and the tallest minaret in the world. It is estimated that the courtyard can hold 80,000 worshipers, with room for 25,000 inside. While the exterior and surrounding area are impressive, what makes this mosque even more unique is that it is of the few mosques in the country that non-Muslims can enter. Then, we will leave Casablanca and drive along the coastline to Rabat, known as “the White Imperial City.” On arrival in Rabat, visit the Royal Palace, the Oudaya Kasbah and the impressive Mohamed V Mausoleum, before continuing on to Fes. On arrival in Fes, transfer to the hotel for check in.
3

After breakfast, set out to explore Fes, the cultural and spiritual center of Morocco. Also known as Fes el Bali, this UNESCO World Heritage Site was founded in the 9th century and is also home to the world's oldest university, founded in 859 CE. The city of Fes reached its true economic and cultural height through the 13th and14th centuries under the Merinids, at which time it replaced Marrakesh as the capital of the kingdom. Although the political capital of Morocco was transferred to Rabat in 1912, Fes has retained its status as the country's artisan centre. Workshops hosting master craftsmen in the medina are as busy today as they were hundreds of years ago, and strongly contribute to the city’s industrial economy. Trades such as blacksmithing, leather working, ceramics, silk weaving, and sculpting are still practiced. On your tour, your visit will include Jamaa Al-Karaouine the world's first established university and the Medersa Bouanania, tanneries, clay workshops, artisan quarters, and the souks of the largest and oldest medina in Morocco.
4

This morning, depart Fes. Pass through many amazing cities and villages, the first of which are Ifrane, nicknamed "Morocco's Switzerland," is a charming ski town populated by European-style chalets. Continue on to Midelt, which serves as the commercial center of a large agricultural hinterland. It is also one of Morocco's principal cities for the mining of several minerals. You will have some free time in Midelt, before you continue your journey through the dramatic Ziz Gorge to arrive in Erfoud. A 4x4 vehicle will be waiting for you to continue your adventure by heading towards the dunes of Erg Chebbi, possibly the largest dunes in the Sahara desert. The dunes of Erg Chebbi are a strikingly strange natural formation. On the top of the flattest area you could imagine, suddenly a long mountain of sand rises. This mountain is surrounded by flat and desolate nature on all sides, and you could end up wondering if it really is real. But so it is, even if its existence is so weird that it has given rise to legends and myths among the locals. Continue on to your tented Desert Camp in Merzouga. Upon arrival at the camp you will witness the sunset from over the desert dunes and be astounded by the peace and calm as well as the changing colors of the landscape. Tonight’s experience in your Tented Desert Camp will be one to remember.
5

Early this morning you will venture into the desert and traverse the golden sands of the Sahara on the back of a camel for a chance to see one of the most beautiful sunrises of your lifetime. Watch the sky come to life with a fiery glow as the rays playfully change the colors of the endless dunes around you. Return to the camp for breakfast. After breakfast, depart for Tineghir with stops on route to take pictures of the wonderful and unique landscapes. Tinghir is a gorgeous, 40km oasis, which boasts all above the Todra Gorge, a 300m wall, carved deep into the High Atlas Mountains. Transfer to Kelaat M'Gouna along the Dades Valley. Kelaat M'Gouna is a large village famous for cultivating roses; expect to find many fine, rose-infused products there. Continue on to Ouarzazate, also known as "Morocco's Hollywood"
6

The city tour of Ouarzazate includes a stop at Tourist Kasbah, considered one of the most beautiful kasbahs in Morocco. Visit the cinematographic studios where many great films were and are still being shot. Continue on to the wonderful fortified village of Ait Ben Haddou, the most spectacular fortress village in the south of Morocco and where many great movies such as were Lawrence of Arabia, Jesus of Nazareth, The Jewel of the Nile, The Living Daylights, The Sheltering Sky, Kundun, The Mummy, Gladiator, Alexander were filmed. Depart Ait Ben Haddou crossing the High Atlas Mountains via spectacular Tiz-In Tichka pass (2260m) to Marrakech. Today you will also visit a cooperative run by women in the Atlas Mountains, where the famous argan oil is produced by hand and organic delicacies and beauty products are sold.
7

After breakfast, you will take a cooking class at a traditional Riad. Discover a culinary world very different from your home kitchen! Recipes, traditional compositions, utensils made of pottery…all these elements are part of the traditional Moroccan cuisine still alive in the countryside of Morocco. After trying your hand at cooking traditional Moroccan dishes, you will enjoy lunch and taste the delicious dishes that you cooked! After lunch, explore deep inside the Medina with its vast array of shops & kiosks filled with all things imaginable. We leave the Medina at the world-renowned Djemaa El Fna Square which houses a multitude of food stalls, snake charmers, local musicians and fortune tellers. Tonight you will drive to Chez Ali for Dinner and a Fantasia Show. This 4-hour dinner tour swaps the thrills of Marrakech for the unbelievable thrills of the Chez Ali complex in the Palmerie. During the night, you will see fireworks, acrobats, belly dancers, and horse back stunts. On arrival Berber tribes will greet you, and lead you to your seats in caidal tents. Sit back and prepare to be blown away! The extraordinary night of entertainment is a magical and magnificent fairytale of Moroccan folk lore and legends. Various troops from Moroccan history will pass by your table as you eat, including the Zayane, Kelaa M’Gouna, and Guedra. As you feast on a 5-course meal, watch various song and dance shows, daring horse back stunts, thrilling fireworks, exciting parades, death-defying acrobats, and exotic belly dancers. You may even see a flying carpet or two! The show finale is the electrifying Fantasia show, recreating the war ceremonies of horsemen, and the fierce battles between Berber and desert knights. Thrill as large formations of horses and horsemen in traditional dress charge across the arena to the sounds of exploding gunpowder. Return to the hotel after the show.
8

Very early morning, you will transfer to airport in Casablanca for your return flight.   DOWNLOAD ITINERARY 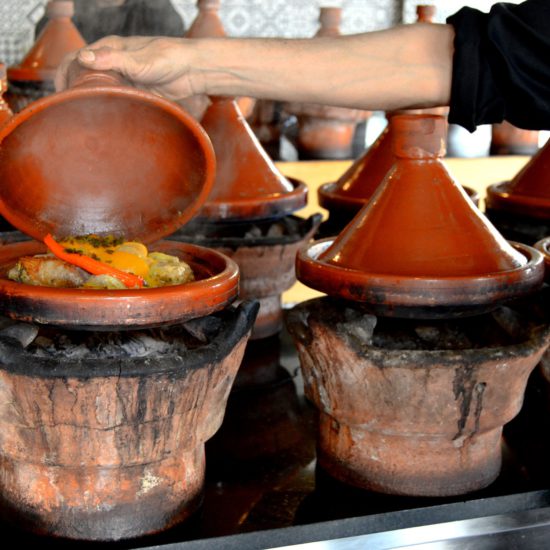 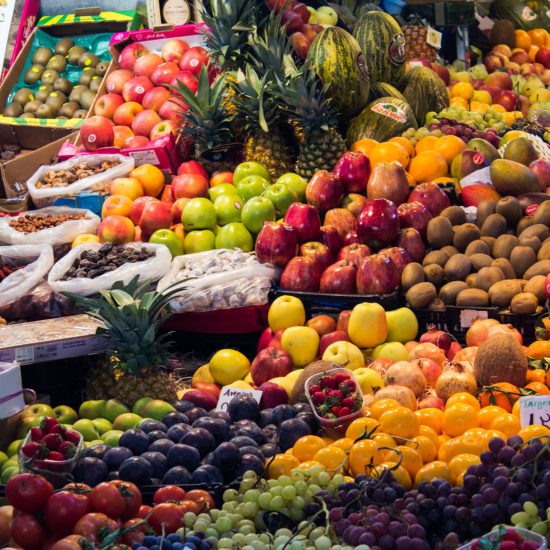 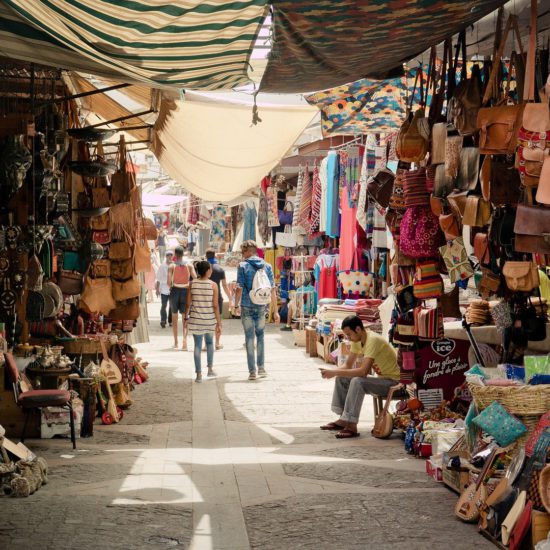